We’ve been operating in the SaaS market for more than 6 years. We helped huge enterprises to build their sophisticated software as well as small newborn startups to create their MVP. In our portfolio, more than 30 SaaS startups, 20% of them had failed in the first 3 years. However, the statistics tell us that 3 Out of 4 Start-Ups Fail in the first 3 years. But why do SaaS companies fail? What’s wrong with these first years?

Chetan Vashistth first founded Adleaf back in 2013. He intended it to serve as a blend of software solutions and various programming boot camps. Though the business seemed to have a lot of promise at first, poor management and some bad financial decision-making eventually ruined Adleaf’s viability.

According to Vashistth, the company was set to operate on a shoestring budget until it had decent income in place, but partners convinced him to make his business look as shiny and new as possible. Over a few years, this spending spree put the company too deep into the red to ever get out.

Zapstream was designed in 2015 as a unique new live streaming platform. It initially raised $1 million in startup cash and almost immediately grew to over 100,000 users. Unfortunately, fundraising eventually died off after a while, and the money that did come in was not properly handled. Many former employees blame the failure on the staff’s high average age, which was nearly 40 years old. Not only did the older crowd behind Zapstream seem to not believe in the product, but the CEO’s valuation expectations were too high for big-time investors.

Growth Lab was started as a marketing tool for Instagram creators. With it, they could review their various growth tactics to measure how their hashtags were performing and how many followers they’d attracted. Unfortunately, Instagram itself put the kibosh on the platform by severely limiting the “hacks” it used to facilitate growth.

As if this wasn’t enough, the service was incredibly difficult to use. Despite various efforts to teach influencers how to use it and even implementing automation on their accounts, all of the paying customers soon dropped off. It now exists as a purely free service that virtually no one uses anyway.

Watu was founded as a temporary staffing app for companies located in the UK. The brains behind the operation were all experienced developers and staffing firm members, and the attractive new app soon garnered its first major client. Though there was growth, it was ultimately far too slow. There were mistakes as well. For instance, the application Watu built was not well-suited to the UK market, which ended up being far too small for the service to function as intended.

I Voted Remain, Toby Allen, the project linked to Brexit

The idea of this startup was linked to Brexit. The key KPI for us and for a product “I Voted Remain” was sales. But while Brexit turned out to be pretty distinguished, more and more people decided not to buy a T-shirt with the slogan “I had voted Remain”. And business overall was decelerated rapidly. Over time, there was a miserable number of turnover and lots of barriers regarding political situations and government promo.

101 Studios was admittedly a great idea. The company essentially produced video games that taught users various subjects (math, medicine, etc.) as they played. The goal was to create an entire line of games that were fun to play, but could also help you increase your knowledge of different topics. While most people loved the idea, they simply weren’t on board for the execution. And while edutainment may still be the wave of the future, nobody seemed interested in what 101 Studios had to sell.

SaaS Fail #4 Not enough experience or a wrong business model

Put simply: Cuddli was designed as a dating app specifically for geeks. Due to this innovative approach, the app caught on quickly enough, with 100k users after just a few months on the market. However, the lack of large market support and inability to properly monetize the app led to a shutdown in early 2020. The initial plan was to use Foursquare to partner with restaurants and other businesses that might prove interesting date locations. Though the innovation was there, the experience to capitalize on it was not.

Rent Nest was an app that allowed its users to aggregate and share information about homes and flats on the market in their area. Over several years, the startup got to the point where it earned around $12,000 a month. Unfortunately, the company was spending around $40,000 a month! Even so, the reasoning behind the company’s closure was actually underspending, not overspending. It seems due to lack of experience, the founders would never invest enough in a project to get it done right. By bouncing from “leak” to “leak,” they eventually spent more than it would have cost to replace the entire dam.

In analyzing the data provided by the above defunct companies, it becomes more and more clear why some businesses (regardless of how many promises they show) simply can’t generate the revenue needed to survive. Among the top reasons for these budding businesses to call it quits?

From 2020 to 2021, nearly two dozen venture-supported SaaS startups were forced to close their doors. In most cases, these were companies that had been operating for several years or more rather than just first-year failures. A few of these businesses were first acquired by larger brands before being shut down, but one common thread is present in all of the examples: they all began as startups.

So, what can the SaaS community at large learn from the unfortunate fates of these once-budding businesses? From big bungles like Essential and Quibi to smaller endeavors you may not have heard of, we’ll take a look at the decisions that led to the downfall of these software services. And while the COVID-19 pandemic will certainly absorb a bit of the blame, we’ll see how many of these businesses had cracks in the foundation from the very onset.

SaaS companies that failed in 2021

Essential, an innovative new smartphone company, had some big money, big names, and some of the top industry executives on its side. However, this all ended up not being enough to keep the enterprise afloat. After producing only one poorly-received smartphone, market problems and sexual misconduct allegations among top brass eventually brought Essential to its knees.

IfOnly was a San Francisco-based e-commerce startup that seemed – at one point – to have virtually everything going for it. From event marketing to charity solutions and fundraising events, IfOnly was acquired by Mastercard after the pandemic caused its execs to pull the plug. As of this writing, only time will tell if the platform still has life in it.

Hipmunk made it a full decade before shuttering its windows. Formed by Steve Huffman, a co-founder of Reddit, Hipmunk was intended to help people aggregate travel information via one simple platform. Though it was eventually acquired by Concur, it was soon after shut down due to a combination of mismanagement and marketing issues.

How to prevent a startup from failing?

Suppose you’re an entrepreneur or founder looking to avoid following in the footsteps of the owners listed above. In that case, there are a few specific steps you can take to maximize your chances of success.

Have something in your mind to discuss with our CTO?

Drop us a line!
5 Reasons to Choose Rust For Your Future Project 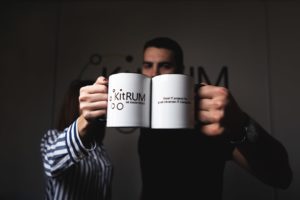 Clutch Names KitRUM as One of the Best Software Development Companies 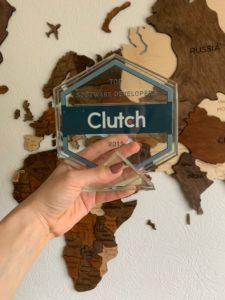