Back
> Blog > Security Challenges For The IoT

Security Challenges For The IoT

To give a better description of the IoT security challenges we need to understand what IoT is and how it is used in modern culture.

In early July of 2015 hackers remotely turned off a speeding car on a busy highway via the internal network connections. No, this wasn’t a joke, but it wasn’t real either. It was a controlled experiment to see how easily an Internet-connected device, the car, could be hacked. Apparently, it was pretty easy, and the results were scary, to say the least.

There appears to be a fundamental issue regarding the explosive rise in Internet-connected devices and basic security and safety. We lock our doors, code our phones, vault our money, yet why do we allow significant flaws pervade in the vast majority of digital devices with network connections?

In 1996 Kevin Ashton coined the phrase “Internet of Things” or “IoT. Ashton pioneered the creation of the global standard RFID system that is used everywhere. He discussed that IoT described the way everything in culture, everything, could have this “interconnectivity” with a digital information system. This “interconnectivity” was the IoT. This basically sums up what IoT is from its earliest vision. Little has changed since then.

IoT is simply the application of a network connection to certain functionalities of an electronic device. Another name that many of these applications have is “smart device”. For example, certain thermostats can connect to your home Internet. Via your smartphone app, you can connect to your thermostat anywhere in the world and change the settings on your thermostat, making it hotter, cooler, turning it off or on, or any number of alterations to the settings.

It is easy to start to see how there are so many security challenges with internet-connected devices. If you can access a single IoT device, then you could access a network and possibly all of the other IoT devices connected to that network.

How Is IoT Being Used?

Quickly look around the room that you are in and count all of the electronic devices that you see. They don’t have to be digital, just electronic. With the introduction of cheap and power-frugal processors, putting a Wi-Fi-enabled chip in any electric circuit became a child’s play.

The benefits of IoT are almost unreal. From communication to control, space and time would be immediately digitally accessible from anywhere in the world. Here is a quick rundown of all of the home IoT accessories on the market right now: light bulbs, door locks, doorbells, security cameras, TVs, thermostats, radios, smart speakers, showers, toilets, sprinklers, refrigerators, microwaves, rice and pressure cookers, meat thermometers, cars, alarm systems, vacuums, lawnmowers, and automatic pet feeders. This doesn’t even count the products available for industry or military use.

Consumers use IoT devices as extensions of their senses. Each device better connects them with the living experience and the comfort and safety of their home. This is important because there is an instant acceptance of the technology before it has been fully vetted by society and the tech industry. Instead, consumers see it, want it; buy it; install it, and use it without ever thinking about possible IoT security challenges.

Why Is There An IoT Security Threat?

There is an IoT security threat because consumers don’t necessarily think that there is a threat to their home system. You use your computer or phone every day to connect with the world around you. You browse social media, email, texts, and websites. There is a connection made by you to another individual or company each time you do one of these things. That is incredibly obvious. So, it makes sense that you shouldn’t click on spam. It makes sense that you should protect your phone and computer against malware. These devices have a common sense of security assumptions.

It is less intuitive that home IoT devices need security protection. They connect to the home network, which is often secure. Further, only you connect to the IoT device.  Because there is no outside party like in the above scenario it is easy to think that your safety isn’t really a concern.

What Are The Major IoT Security challenges?

The vulnerabilities centered on IoT security are significant but are predictable in the sense they are common amongst any new technology that is rapidly being accepted and deployed in new and untested ways. Understandably so, if you run a home accessory business and have the chance of doubling your sales by putting a $10 chip in your device, you would be dumb not to do it. But that doesn’t mean you should.

IoT device hardware and software firms must understand that IoT will continue to be used in more and more critical situations. They will be used more in hospitals, financial institutes, government buildings, consumers’ homes and cars, and confidential or secure industrial situations. The development firms must develop methods to protect against the above vulnerabilities. Here are a few examples of what they could be doing right now:

In this article, you also can find advice of How To Protect Your Solution

What Does The Future Hold For IoT Security?

There will undoubtedly be more DDoS attacks on the consumer, business, industrial, and government networks via IoT devices in the coming years. There will be a point during the development and deployment of internet-connected devices that the majority of critical infrastructure will be connected to the Internet. This will only lead to the obvious conclusion that more cybercriminals will be targeting systems necessary to keep everyday smooth for the general public.

Further, it is easy to say that as IoT devices and embedded devices grow in use and popularity financial crimes will grow in number. IT departments will not just need to handle loads of spam but network security flaws that won’t be fixed by the device’s creators. Society must make smart decisions during the acceptance of IoT devices. Security should never take a back seat to market entry or price.

With the purpose of getting the new impressive functions in the IoT world, you should think about choosing the right software development partner for your company. Here at KitRUM, we’re always happy to hear from you and help you to get access to the top 5% of most talented application developers. Reach out today to discuss possible cooperation.

Have a certain project in mind or simply want to get in touch to learn more about KitRUM?

Getin touch!
Blog Posts
Three Layer Architecture in the Internet of Things. An Examination of Specifications and Security Threats 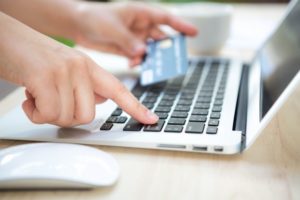