Back
> Blog > Angular is not dead!

Angular is not dead!

If you’re contemplating what platform to take your coding project to, think twice before listening to those who are stuck on the idea that Angular is dead. Was John Snow actually dead? Of course not. Here at KitRUM, we have been using Angular from the beginning and here’s what our research tells us – and how we can help you in your decision.

“There is a superhero in all of us, we just need the courage to put on the cape” – Superman

So what is Angular?

Angular is a Google inspired web development platform that allows both beginners and experienced developers to build code, on a stage is easy to use yet suitable for even the tough coding jobs. While quite popular at first, over the last decade other SPAs, such as Node.js, have quickly begun taking over the market. Devoted Google software users and other longtime fans, however, have evolved with Angular, choosing to love the platform for its quirks, and seeing the many updates as a way of keeping up with the evolving tech and coding trends.

Some people say Angular has lost its touch.

Articles like this one break the hearts of the entire KitRUM dev team. The many upgrades that Angular has had since 2016 when Angular evolved from the original AngularJS have created a bit of a cluster truck of upgrades that software techs and users must jump through to get to the newest version. Even quicker than each new version of the iPhone, Angular continues to dish out new upgrades around the clock. These can be difficult to keep track of, especially when, by upgrading you stand the chance of losing the half-complete projects you’ve spent your time on. So many changes, and what seems like a completely new framework, could give off the impression that the makers of Angular are unstable.

“Despite the fact that many people complain about Angular, all JavaScript developers still need to learn the basics of it” – says Stefan Mischook, the editor of KillerSites, a successful site for teaching web design and programming languages”

But what are the pros of Angular?

Regardless of those who believe that Angular is dead, there are still many benefits that those who use the platform continue to succeed with. First, Angular is supported by Google, which means that it’s supported by one of the richest companies in the world. If Google loves it, it must have something to get behind. Secondly, the Angular CLI, in all its glory, increases the functionality of your code with only a few simple steps. Third, the autocomplete feature that works right within your code allows your work to run more smoothly and time efficiently. And, last but definitely not the remaining geat benefit of Angular is the Model-View-View-Model that allows more than one developer to work on the same code at the same time – from different computers.

Considering all the pros and cons, we don’t think Angular is outdated (how can it be with all those updates) and we still use it  Angular remains to be one of the most used web development platforms on the web today, because those who have learned how to benefit from the program have done so exponentially. With the right amount of help, your project can be at its best quality with Angular like other successful companies, such as Microsoft, Adobe, and GoPro, who have continued to succeed with the platform.

If you think about building your next project with Angular, we are the best company for you!

Send us a message and let’s get started! 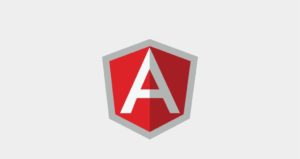 Most Popular JavaScript Frameworks in 2021 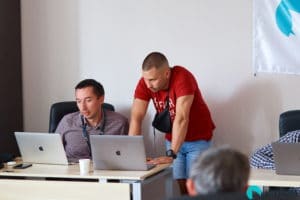 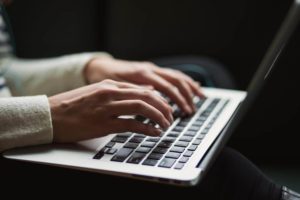